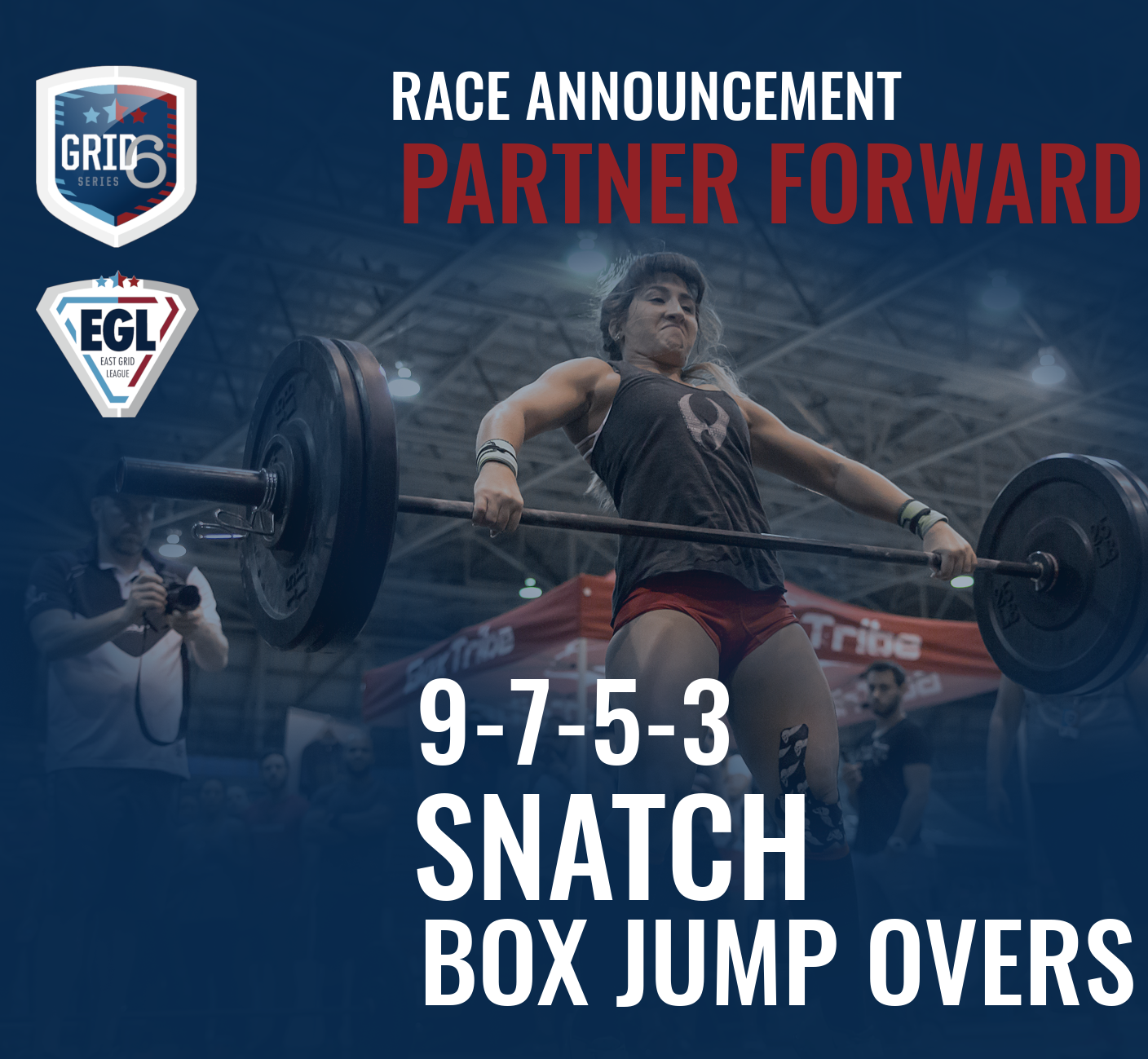 In the first GRID quadrant, male Player performs first Element for men while female Player stands within the perimeter of the rectangular area of the first hash mark (Hash Box)

Players repeat this drill in each of the following three quadrants, with a decreasing repetition scheme. Teams may substitute at any time, but no Player may perform work unless the other on­field teammate is within the designated Hash Box. The race is finished when both Players cross the finish line after the female completes her eighth Element in the fourth quadrant.

A legal substitution is when contact occurs between athletes, but both feet of one athlete must be in the start zone. If the athlete crosses the start line to the GRID prior to contact with the athlete substituting out, the athlete will be called back to engage in that legal contact.

See an example of a Partner Forward race here. NOTE – there are different Elements involved, but the rules of the race are the same.

Learn more about GRID 6
Sign up for GRID 6 Philadelphia

Sign up for GRID 6 Philadelphia
Learn more about GRID 6