GRID Is Not CrossFit

This article originally appeared in September of 2016 on the blog of professional NPGL athlete and 4x CrossFit Games competitor Jenn Jones, captain of the Miami Surge

The 3rd GRID season is coming to a close. My hope is that some of you were able to catch a glimpse of what this crazy new sport was all about. Its fun to play and exciting to watch as well.

As a pro GRID athlete, many people came up and asked us what we were doing, why we were all gathered in the city. Many answers revolved around “Well, do you know what CrossFit is? Yea its kind of like that but on a team.” However, if you talk to an avid CrossFitter and ask them to try the GRID, they quickly find out that they are NOT the same. In fact, they are extremely different. Just because you are a CrossFit Games athlete, does not mean you will excel on a GRID team.

Some comparisons to discuss….

CrossFit events usually take place over a full day at the least, and potentially run to about a week in
duration like the CrossFit Games. Sure these events are fun to watch your friend(s) compete, but the amount of time you are actually spectating someone you know is small. There is a lot of down time, typically because the events have so many divisions to increase participation. On the GRID you will find the action over a 2 hour time frame. A match from start to finish has 11 races, or mini workouts, during that 2 hours. The only real down time is when the GRID is re-setting equipment for the next race, and athletes are warming up. There is a constantly running clock to let all participants know when the next part is beginning.

The largest teams you typically see in the CrossFit world has been during the “in Season” circuit, the 3
man 3 woman team. Depending on the competition you go to you will see different variations for teams, but typically no more then 6. On the GRID, teams are composed of 5 ACTIVE men and women to start the match, while 2 are on the bench ready for strategic substitution to promote work load distribution among team mates, and potentially bringing in a specialist to give a team a bigger advantage on a certain race in the match. 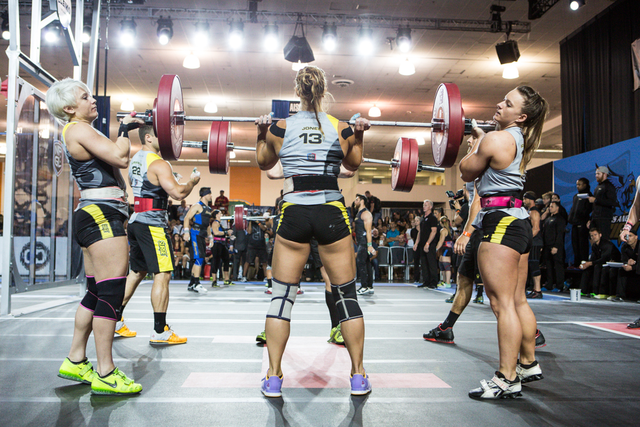 Now this is hard to get across to the lay person if you have never participated in a CrossFit WOD or a GRID
match. Lets say you go to the track and you are asked to sprint as fast as you could for 100m. That would be you 100% effort, or full intensity. Typically the upper level CrossFitter understands that you typically can’t go 100% for more then a short effort. In a longer metcon you have to “pace” so that you can maintain your speed without blowing up. In GRID that’s just not the case. Every time you have a job to do in a race you are going bananas. The expectation is that you are about to hold on to 100% intensity and effort, as its a short cycle before tagging another athlete to come in and do the same thing. In the course of 2 hours you could potentially hit 11 “WODs” at 100% intensity. That intensity is a sneaky thing, and has a way of making you more fatigued and sore after only 2 hours then you’d realize.

Sure the “elements” are the same. There are Refs on the GRID side and judges on the CrossFit side. There
are faults called when an athlete doesn’t show the correct moment standard. Both are sports, but GRID is not claiming to test fitness. It it more of an orchestrated dance with players and substitutions. GRID is much more of a sport like football or soccer, than CrossFit is. And if you are a skeptical CrossFitter, keep your eyes open for GRID 6 matches, amateur leagues and the GRID Invitational to pop up to give it a try. Its more fun then you’ll realize until you play, ITS MORE!! 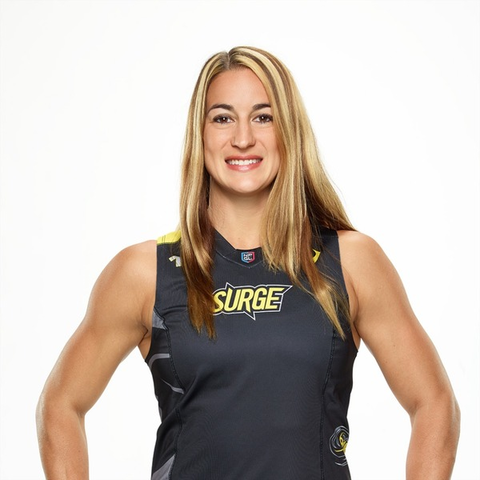