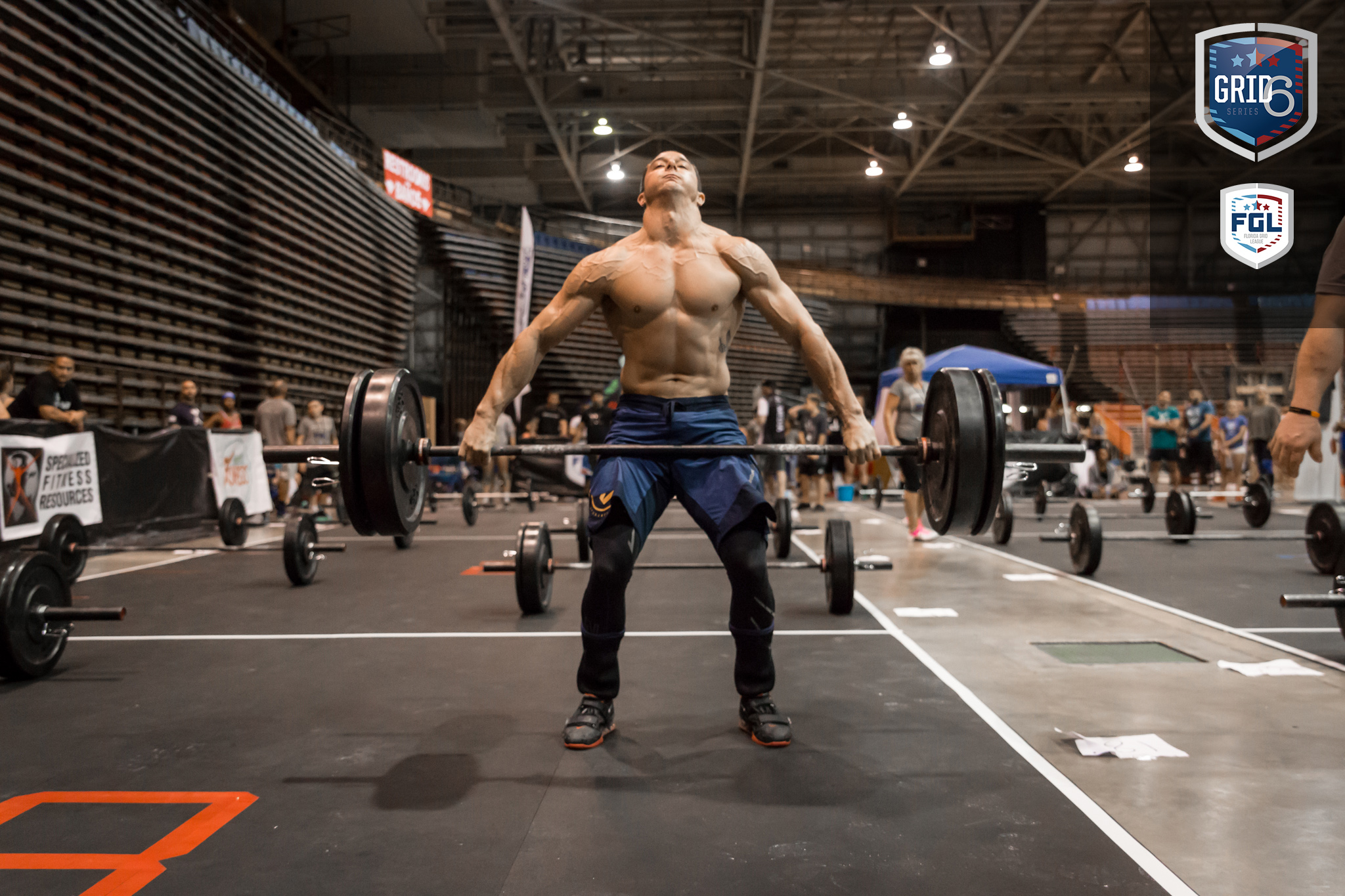 The goal of the Ladder is to accumulate as many points as possible, as a team, within 2.5 minutes.

Each lane will have 4 male bars and 4 female bars. 1 of each per quadrant. The bars increase in weight moving down the GRID. 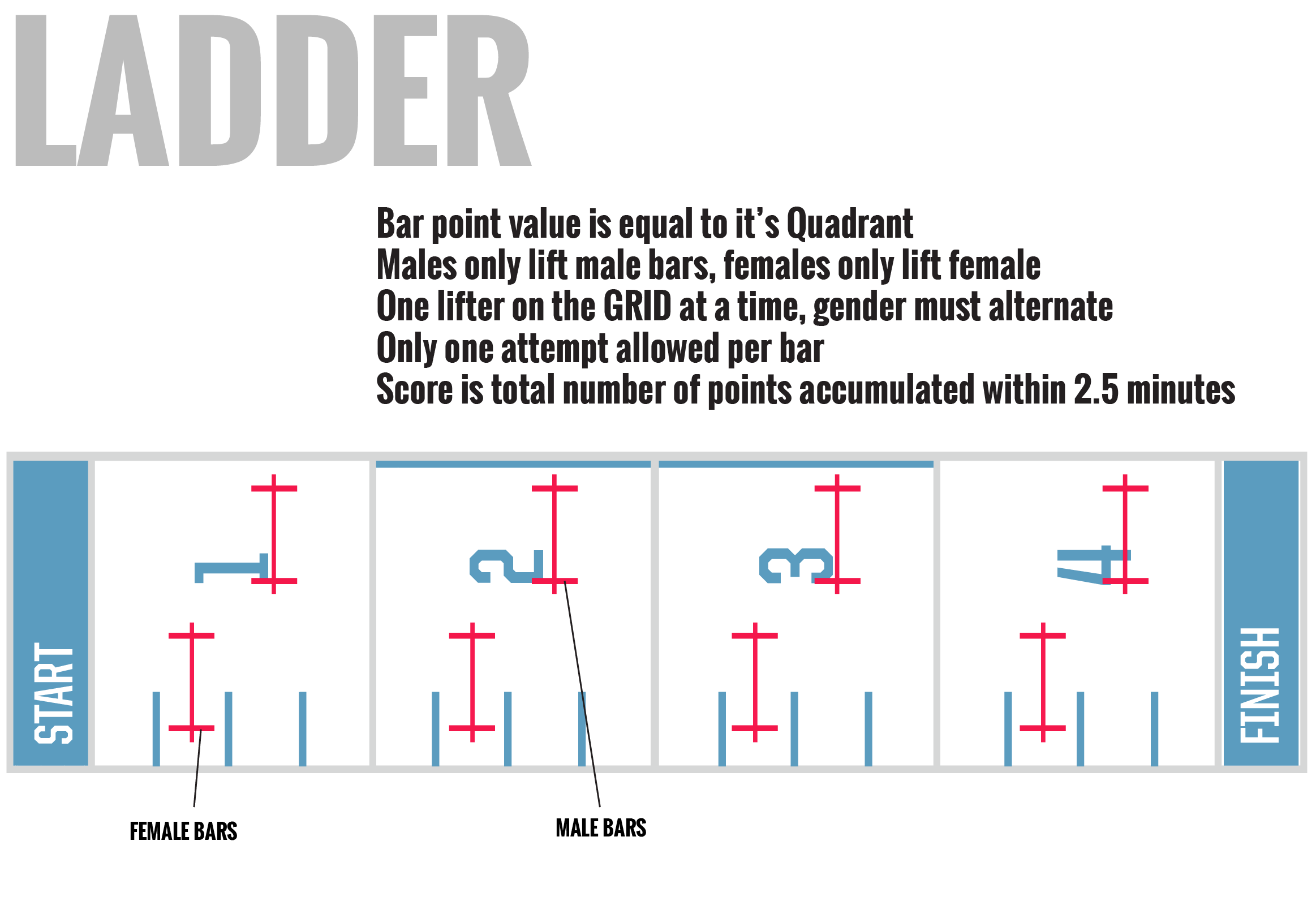