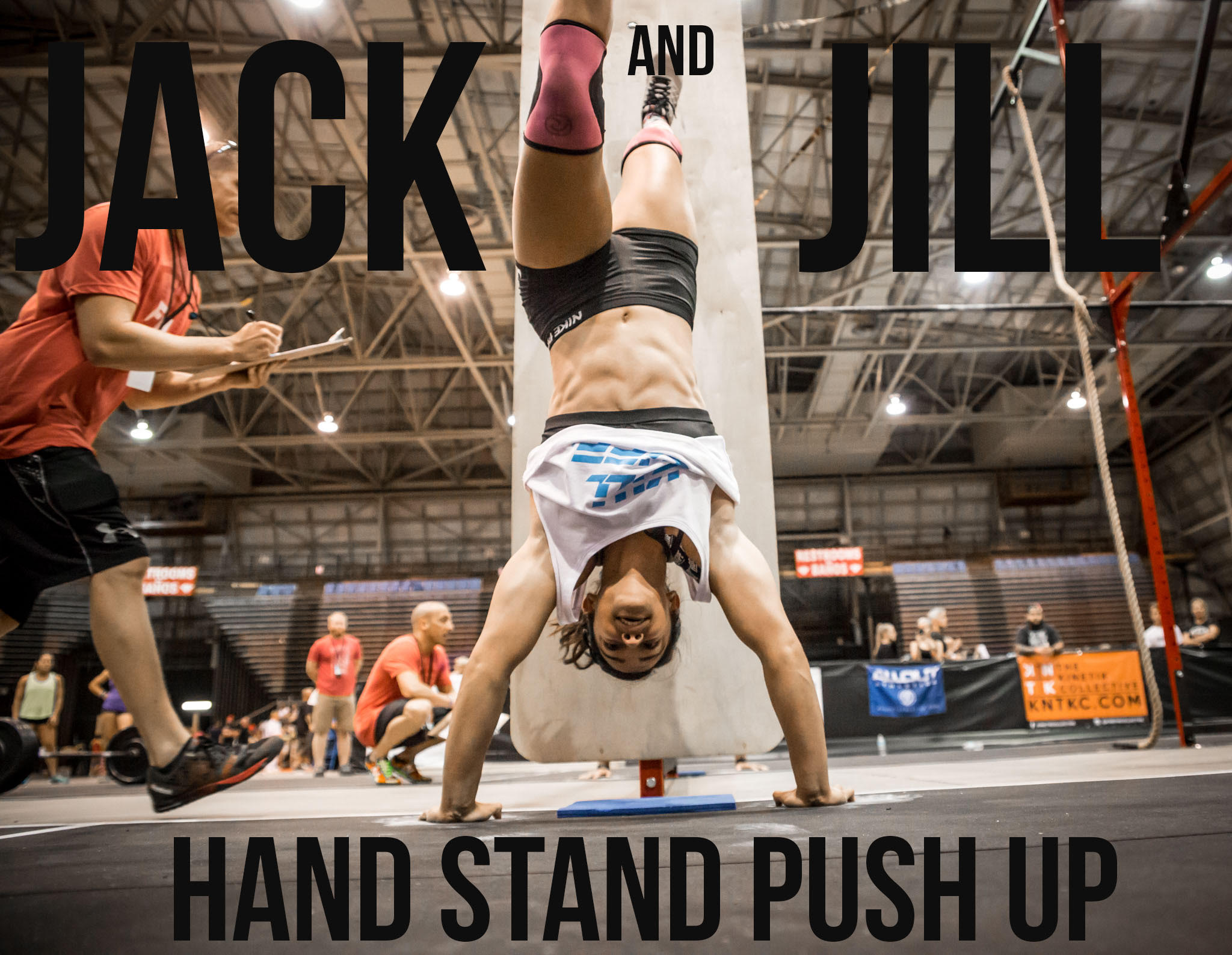 At each ‘station,’ the total number of reps must be completed at the station, the male and female do not need to perform the same amount of reps. In other words, work per station may be split up however.  The only rule is that each station must reach the given amount of reps assigned.

This is an example from the FGL Season Champions, Tampa Bay Brigade entering the GRID for Jack and Jill.  Note: They are demonstrating the “waterfall” technique which is a challenging but effective way to perform reps quickly, however is not required (and should not be attempted without practice as it can be very costly to a team who does not perform it correctly).